It's a long way from Tasmania, Australia, where Wendy grew up amidst hundreds of acres of opium poppies, produced by her father for the medical supply of morphine. When Wendy talks about growing up on this farm, she often recalls the splendor of the 360-degree view of purple poppies blowing in the breeze, under a perfect blue Tasmanian summer sky.

Her parents built her a Wendy house, nestled under a rambling rose bush in her mother's beloved garden, which Wendy quickly transformed into an imaginary hair salon at the age of 7. Wendy's most frequent customer was her mother, in addition to the times she lured her little brother for a haircut!

It is often said that fate is predetermined. In Wendy's case, there is no doubt that hair was and has always been her first love. Her passion today, working with exotic plants and discovering their benefits for hair, most likely comes from those years spent on her parents' farm in Tasmania.

Her graduate training began at Vidal Sassoon in London. She was one of the first to bring her technique back to Australia in the late 70's, which allowed her to start a very successful salon. After revolutionizing the haircut for several years, she received a call from Australian Vogue and, as they say, the rest is history. She made the decision to sell her salon and embarked on a freelance career that took her all over the world, from Sydney to New York, London and finally Paris, where she still resides today.

During this time, Wendy has worked with the industry's most respected photographers, stylists, makeup artists and performers, earning her place as one of the industry's most coveted hairstylists. Such is the success of Wendy's independent career that to this day, she continues to juggle a celebrity and high profile clientele while maintaining her role as founder and president of Iles Formula. In 2008, an ARCHIVE coffee table book was published on her European work, a beautiful testament to her immense body of editorial archives.

She was then called upon to work on glamorous hair campaigns for international brands. It was during these campaigns, which were increasingly done by celebrities instead of traditional hair models, that she realized the need to find an antidote to the often tortured hair of celebrities. She poured all her savings and expertise into developing a restorative formula, a conditioner that instantly closes the cuticles of the hair shaft without weighing the hair down, the ideal result she needed for filming with hair under hot lights for up to 15 hours a day. This type of conditioner didn't exist on the market, so Wendy set out to develop this formula for herself, exclusively for her freelance work.

Launching a brand was never part of her long-term vision. However, it happened organically, thanks to the insistence of celebrities and royalty who had graced her chair. Once they experienced the formulas firsthand, the demand was created, immediately. It took a little while to respond to their request and, as Wendy explains, "One day I got up the courage and said to myself. Okay, I'm going to do this, so I just jumped off the cliff and hoped I would fly." Soon after, a sulfate- and paraben-free shampoo and serum rounded out the trio, now known as the Signature Collection, a collection of Wendy's custom formulas formulated for her own work that transforms all hair types, even damaged ones, into a sumptuous silky texture.

And she's off and running. With no advertising to give her a run for her money, simply a belief in the power of her formulas, Wendy quickly began receiving endorsements from professional salons and checks from reference stores around the world, and Iles Formula was on its way to becoming the new standard in hair care. And that's where Iles Formula is today. Despite a global crisis, Iles Formula has experienced unprecedented growth and demand across all industries, whether professional, consumer or online.

Hollywood quickly caught on and honored Wendy's career and dedication to hair at the Hollywood Beauty Awards. The Oscarette she received is treasured and sits on her desk. "My brand is a family business," Wendy says, "It is close to my heart, my soul is in those vessels. Integrity is, and always will be, everything. I am in a great place today, with an incredible team that believes so much in my brand. I am truly grateful to them.

To this day, Wendy tests every batch of her "jewel", Iles Formula Conditioner, herself. The magic is in the ingredients and the process, a long and complicated procedure that in itself was tricky to find a manufacturing partner who would be happy to think outside the box to undertake the process.

"Iles Formula takes every breath I breathe," Wendy says. "It's a beautiful brand and I have to take care of it to make sure it stays true to itself. From the beginning, my mission was to be performance-driven, not revenue-driven. I invest a lot of time in development; about 2-3 years and I would gladly take even more time if I had to, because I will only ever launch a product that I believe is perfect in every way. I believe this explains why my 6 formulas often outperform other hair care brands with 40+ items in their line. My reward? The love letters, great reviews and tags we receive daily from all over the world. I read them all; they are very valuable, all of them."

Product(s) in this article 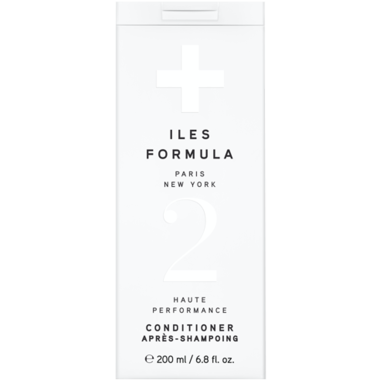 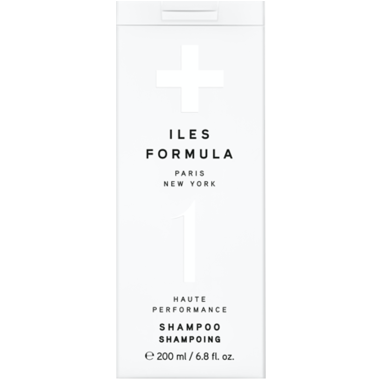 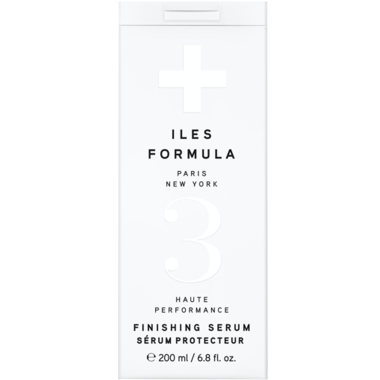 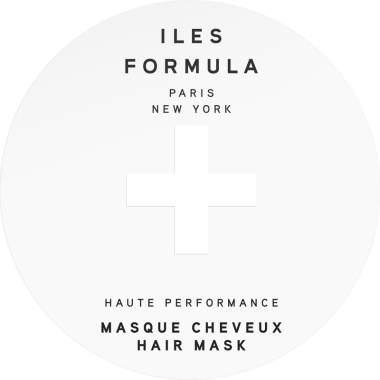